Here in Southern California Edison territory, solar customers are still able to lock in NEM 1.0 agreements but that will change in July, 2017 when NEM 2.0 kicks in. If you’ve already installed solar and are harvesting energy from the sun, then congratulations you have locked in NEM 1.0 for 20 years!

If you are considering installing a PV system, then you need to be aware of what NEM 2.0 means for new solar customers.

NEM or Net Energy Metering is a rate option with the utility that allows you to use the grid like a battery for the energy generated by your solar system. For most families, this is an advantage because during the day while everyone is at work or school, their solar panels are producing energy and feeding it back into the grid earning credits. When everyone gets home and the sun goes down, families on net metering can switch on their lights, plug in electric cars, do laundry, watch TV, etc. and use the credits they banked during the day. The idea is that after a rolling year the utility will true-up the usage and a household should roughly net zero, meaning that they have produced as much energy as they have consumed.

So what is the big difference between 1.0 and 2.0 that people keep talking about? Both allow you to use the grid as a bank for solar production, but with NEM 2.0 requires solar customers to be on a Time of Use (TOU) rate schedule.

With NEM 1.0, solar customers are allowed to stay on a Domestic (D) rate schedule and bank kilowatt hours (kWh) one for one with Edison. Essentially, for each kWh you feed into the grid during the day, you get one kWh in return from the grid.

When NEM 2.0 goes live for Edison solar customers, the Time of Use rate schedule means that energy used during peak periods costs more and energy fed into the grid during off-peak periods banks a lesser value. The utility will also begin charging solar customers a one-time interconnection fee as well as non-bypassable charges for each kWh consumed. Now entering Confusion Town.

NEM 2.0 is full of jargon and acronyms that make it considerably confusing not to mention that the utility’s explanation is intentionally vague. Let’s break it down.

So what time of day is considered peak and what time of day is considered off-peak? The jury’s still out. Edison has not yet released the NEM 2.0 Time of Use schedule. But we can look to SCE’s existing Time of Use schedules to get an idea. Current TOU schedules take into account the season of the year, day of the week, and the time of day that the energy is being consumed. There are different Time of Use options for low energy users, high energy users, and users with electric vehicles.

What is the one-time interconnection fee? It’s exactly what it sounds like, you have to pay a one-time fee to switch your utility service to NEM.

Non-bypassable charges? Say what? This is essentially a consumption charge. Regardless of how many kWh your system has fed back into the grid, if you pull energy from the grid at any time you are charged a fee per kWh consumed even if you have energy credits. There is really no way around this charge, hence the “non-bypassable”, unless you bypass the grid entirely using batteries.

This is not the end of the solar world as we know it! The other California utilities, PG&E and SDG&E, have already switched over to NEM 2.0 and people are still going solar. While NEM 2.0 can marginally impact the IRR on a solar system, going solar is still a great investment. We truly believe that every customer should be informed about their solar investment and how all the parts work and NEM 2.0 will soon be part of that for SCE customers. 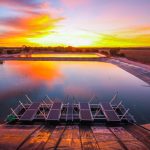