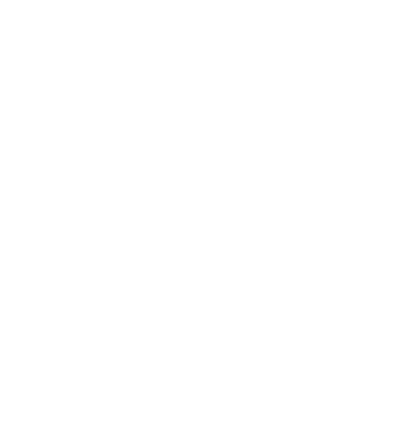 Nearly as soon as I learned that the president had issued his remedy for the Suniva and Solar World ITC trade case, my Facebook feed was ablaze with articles and comments about the newly imposed tariff: 30% on imported solar cells and modules, with a baseline exemption of the first 2.5 GW, stepping down 5% annually over the next 4 years. Although the case is new to most, the entire solar industry has been waiting with bated breath since May, 2017 when Suniva made its initial complaint to the ITC. And now that the “remedy” has been delivered, the industry must deal with this painful blow and make sense of how to move forward.

The renewable energy industry has been rapidly growing over the last five years, and the general consensus is that in the short-term this tariff will negatively affect growth and, yes, jobs will be lost. Depending on who you read, the negative impact ranges from nominal to the-sky-is-falling. Right now there are a lot of numbers flying around predicting the negative impact on the industry and American jobs, but only time will tell the true impact of this tariff on our industry.

There’s one number that I’m really focused on as I try to make sense of this situation: four. Four Years. It’s one of the only firm numbers that we have to work with right now.

Allow me, if you will, to wax nostalgic back to high school economics class when I was first introduced to the concept of tariffs. Blanket tariffs on imported goods are intended to assess a short term price increase on imported goods and then stimulate domestic manufacturing offering consumers lower cost goods made right here in the good ol’ USA. But how long is that “short term price increase” and how long does it take to “stimulate domestic manufacturing?” I’ll give you a hint, it’s not four years. Tesla has already been at work building a major manufacturing facility in Buffalo, NY for its solar roof tiles and does not expect to be able to produce enough materials to meet the needs of its subsidiary, Tesla Energy (formerly Solar City), within the timeframe of this trade remedy.

With a four year expiration, the new tariff is unlikely to stimulate a significant increase in American manufacturing of solar modules and less so in manufacturing of solar cells. There are some significant factors to consider when establishing manufacturing: proximity and access to raw materials, labor, and energy, just to name a few. Establishing new manufacturing in the United States to satiate the domestic demand for solar modules is a tall order that takes time and money. It’s an unfortunate truth, but manufacturing in the United States is fundamentally more expensive than in many other countries which has caused decline in that sector for decades.

With the prospect of imported cell and module prices to return to today’s costs in only four years’ time, that doesn’t give solar manufacturers much of an incentive to invest into large scale manufacturing endeavors that weren’t already planned. Though it will hurt other sectors of the industry here at home, it seems more cost effective for manufacturers to wait and expect decreased US sales for the next four years. Will it mean expansion for Suniva and Solar World, the manufacturers injured by cheap imported solar modules? Both companies have filed for bankruptcy and have gained some infamy due to this case, so my personal expectation is that the remedy will not help them significantly.

Here’s my prediction, as time progresses and the tariff matures the State of California and manufacturers will see greater benefits to driving the industry forward and reaping profits from the California market. I think that both players will at some point begin to subsidize tariffs on imported modules to bring costs down. When the tariff expires in four years and the cost of imported cells and modules drops by 15%, the US renewable energy industry will catch up to California and see a boom and another period of sustained growth. Once again, consumers and investors will have access to lower-cost imported goods which drive down total upfront project costs and reduce the time to parity.

We’re riding the solar coaster and what goes down will come back up. Aaron Luckett has been on this ride for 11 years and has weathered this type of storm before, he knows how important it is to have a strong partner in the face of economic slowdown. SunPower has been manufacturing high quality solar modules and materials for over 30 years, through thick and thin. SunPower has committed to keeping prices as consistent as possible for dealers which will allow Good Energy Solar to continue to offer competitive pricing to our customers for at least the next 6 months. If you have been thinking about going solar, the door is still open. Come inside and find out how affordable a solar investment can be.

Want to learn more? Here are the articles that I read while writing this post: